The kids didn’t have school today, so it was the perfect opportunity to add to our “not scary at all” Halloween display in our entrance way! We set out to make the ghost, following the tutorial here! 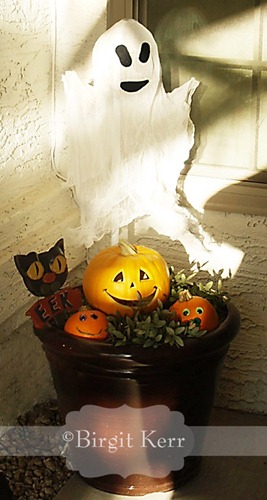 I wanted a more “floating” ghost however, so we made our base structure a little higher and had it all sitting on our tricycle so the cheese cloth could hang down!

We used an old water bottle and I tied a spoon to the end of the balloon and lowered that into the bottle. Then we twisted an old wire hanger around the neck as the arms. 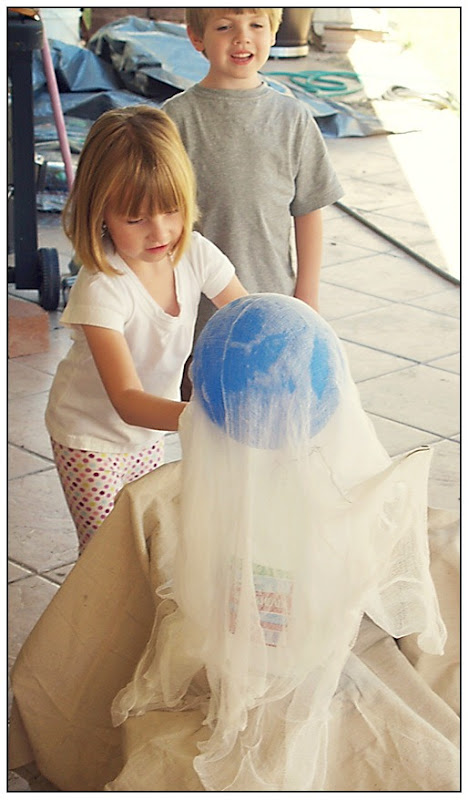 The kids got busy spraying the ghost, completely saturating it.

Once that dried I had to go over it a couple more times. Our cheese cloth has a fairly open weave, which was probably not the best for this, as it just didn’t seem to be able to absorb much at the time. The slightly smaller weave might be better for this! We did however double it up, which helped some! 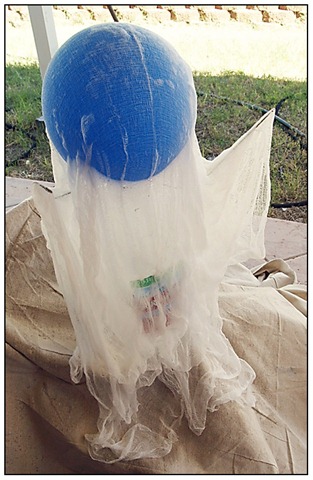 After the final drying, which doesn’t really take all that long in the Phoenix sun (we’re still in the 90s) I peeled it off the balloon, cut out some eyes and mouth from black felt and stuck them on with some Tacky Glue™.

First I thought I would hang the ghost, suspending it from some fishing line, but then I saw the handle of a Broom we got from IKEA, which seemed perfect for it, since I could just stake it in the pot and the flighty little ghost just sort of rests on it! 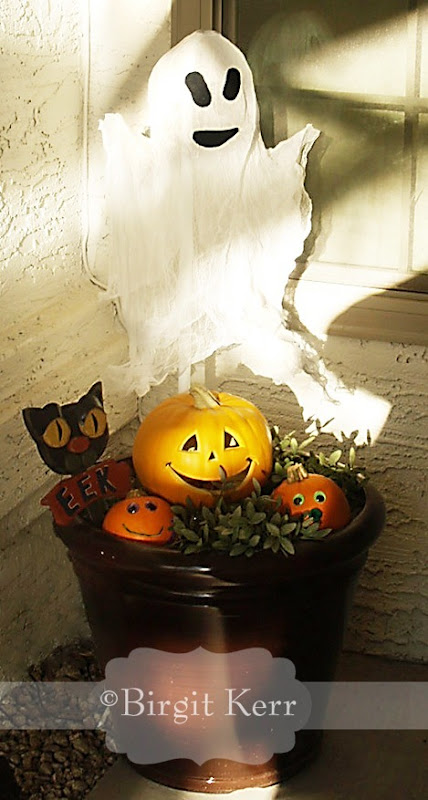 And here it is! The ghost of Halloween

Together with a Funkin™ we carved, and two little pumpkins the kids decorated at a party on Saturday! We’ll be adding more things as we get closer to Halloween! But the kids are very pleased with their floating ghost!

This entry was posted in Crafts, DIY, Home Decor, My Kids. Bookmark the permalink.