Remember the Starburst Candy Flowers I made the other day? 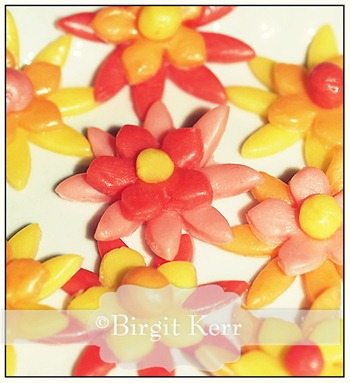 Well, this is how I ended up using them: 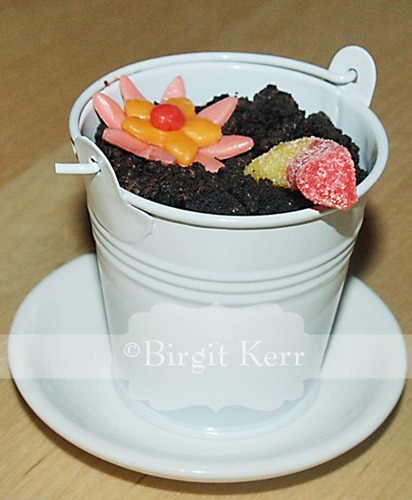 We probably all know the “dirt” dessert by now. This is just a little variation on the theme, but I think it turned out very cute and all the guest were quite taken by them!

Instead of ice cream I made some chocolate pudding, I did the Oreo crushed “dirt”. This made them suitable to sit out on the dessert buffet table! Since the kids at the party were many different ages, I didn’t want to have to worry about any of the kids eating something that was not edible, like the customary artificial flower that is usually used in this kind of dessert, so I went with the edible flower made from the candy and a small small gummi worm.

And all combined in these inexpensive favor buckets (from the dollar store, 4 for $1 in the wedding section,) which happened to be food safe, it turned out to be a real fun dessert that was sized just right for all ages. Let’s face it, most kids want to try many things on a dessert buffet, so having just a few spoonfuls of pudding in the bucket was just right to leave room for some other things!

This is pretty self-explanatory, but here are the steps to make this dessert.

First of all, arrange your washed buckets on a tray. 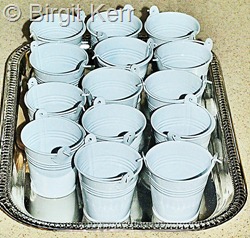 Whisk the milk with the instant pudding powder, following the instructions on the packet.

I used 2 packets and 4 cups of milk which turned out to be exactly right for 14 buckets.

Now it’s a good idea to work fast. The puddings mix stays liquid for maybe a minute or so once it’s whisked in well. Take the opportunity to pour each of the buckets about 3/4 full. It is much faster and easier than spooning the pudding in once it sets! Hence the dish with a pouring spout!

As you can see, I got interrupted. The first picture shows the ones I managed to pour straight away, the next picture is of those I had to spoon! Much harder to keep the buckets clean when you have to spoon! 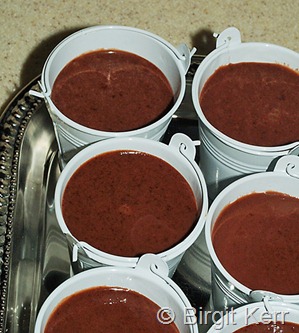 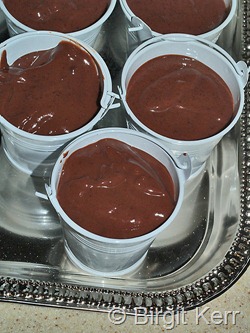 In that case, go right ahead and spoon!}

This was my preparation for the evening. I covered the buckets with some cling film and chilled them overnight.

The next day I ran some chocolate oreos (about 6) through the food processor and spooned them on the top of the pudding.

Since this was a party for a boy and a girl, we needed something cute (the flower) and something a little “gross” (the worm) on the dessert.

So I added the candy flowers and stuck a worm in each one of them. Both matched the colors of the party 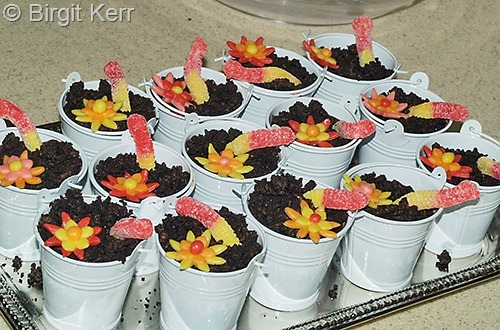 As you can see i got a little messy with the dirt around the tray too. I wasn’t trying to be but it just turned out that way and it just worked. So I left it! 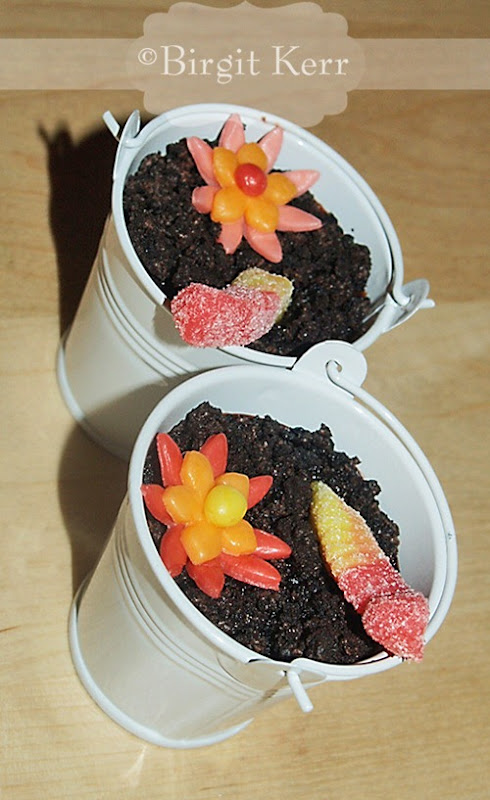 Aren’t these just so cute! The kids were so into them! And all the adults remarked on them too!

I’m linking this project to:

This entry was posted in Crafts, DIY, My Kids, Party, Recipe. Bookmark the permalink.